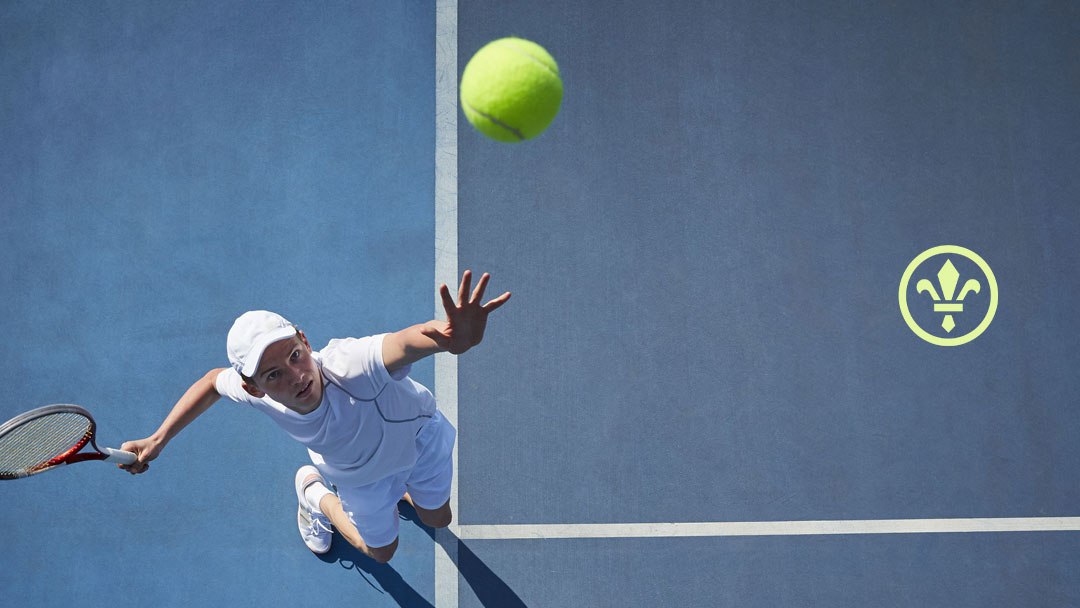 Being a USPTA Certified Elite Professional for over ten years, I tend to hear the same questions.

In this edition of Ask Coach Darren, we will cover the most common strategy question: Why should I hit most of my shots crosscourt?

In the words of Ron Burgundy from the movie, Anchorman, “It’s science.”  Well… actually, it is math, specifically, Geometry and Probability Theory.  I know what you are thinking.  Did he just use a movie quote in the same paragraph as the phrase, Probability Theory?  Yes… yes, I did.  All joking aside, there are concrete and logical reasons for tennis players to hit most of their shots crosscourt.

​The most basic reason is based on Geometry.  For singles, the court is a giant rectangle, measuring seventy-eight feet by twenty-seven feet.  If we can bisect the court into two right triangles and use a little Pythagorean Theorem, we can prove that the diagonal is the longest distance in the court.  Therefore, when we hit the ball crosscourt from corner to corner, our shot has an extra four and a half feet to land in when compared to a shot down the line.  I do not know about you, but I would prefer to land on a longer runway.

Now that we have established that we are hitting into a larger landing zone by hitting crosscourt,  let us talk about the net.  The net is three feet six inches high at the posts and three feet high at the center.  Consequently, the center of the net is the lowest point to clear the obstacle.  When we move toward the posts from the center, the net becomes a greater hurdle.  As such, by hitting over the center of the net, we can avoid missing the net by six inches.

However, it is just simple common sense.  Probability Theory informs us, that when compared to alternative options, by hitting the ball into a larger space over a smaller obstacle we are much more likely to hit the ball in the court.  Basically, if you hit the ball crosscourt, you should miss less and win more.  If you are having trouble making your ball in the court when you hit crosscourt, then come see me and I will improve your shot.  Have fun and play well!