Roger Federer is considered to be the best of all time and is also arguably the player with the most fluid and elegant style of play.

When he was asked to explain what contributed to his outstanding form in an interview, his reply, as arrogant as it may sound, was "The reason for my beautiful form is my beautiful footwork."

It totally makes sense and it is a very helpful advice for players at any level.

Proper footwork is essential to producing better quality strokes and is the key to timing and rhythm.  Learning the correct way of movement to the ball can translate into becoming a faster and more efficient tennis player.

Recreational tennis players are not excluded.  The earlier you learn the formula to better court coverage, the faster you'll be playing at a higher level.

A large percentage of "weekend warriors" games are spent on baseline which requires lateral movement.  To maximize speed and recovery time it is essential to know which foot should be used on the first stride toward the ball and which one on the way back to the center.  The flawed technique of using a "crossover" first step on the run to the ball is sluggish and can also lead to miscalculating the number of needed steps. 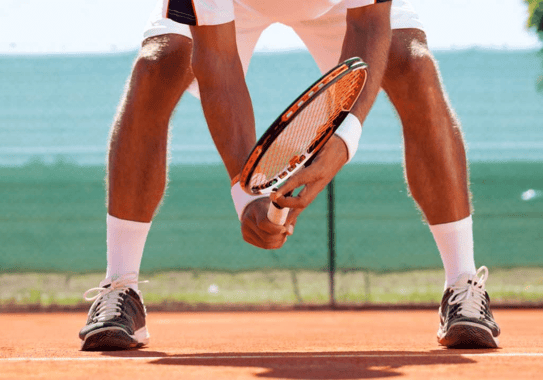 Memorize this concept and find out how much faster you really are!

Until next time, I'll see you on the courts!