The Magic Of Eggs 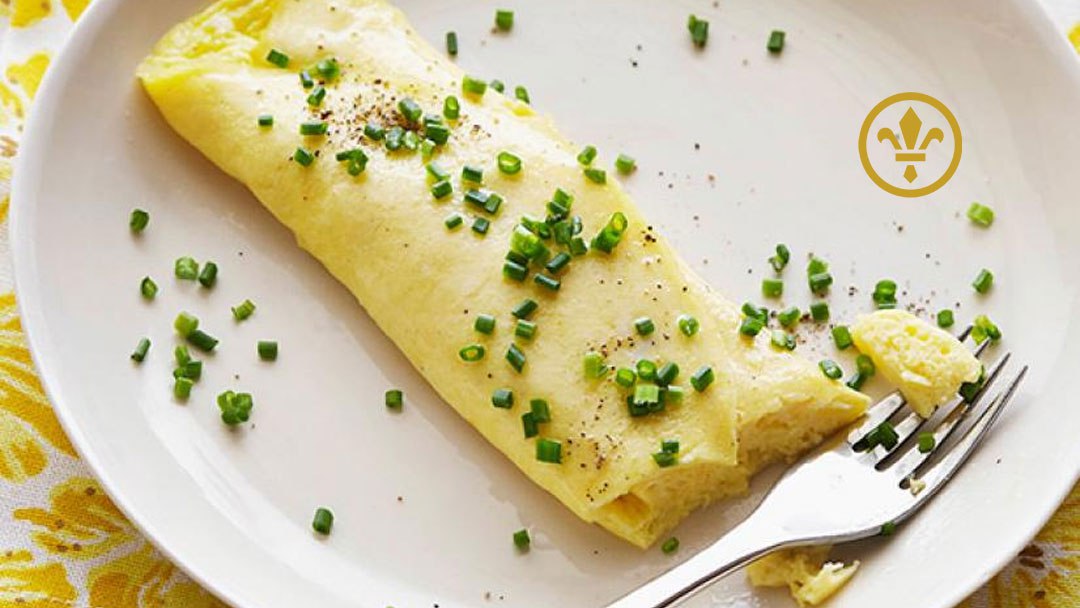 Eggs are such a magical ingredient.

There is so much culinary lore surrounding eggs, from influencing a chef’s uniform to being an ultimate test of skill.

I was watching Downton Abbey over the weekend, and in it there is a scene about how easy it is to cook scrambled eggs.  As the scene passed, I thought of all the ways to cook an egg.  Boiled, baked, fried, poached, scrambled…. But the list doesn’t stop there.  And the humble egg has influenced so much of culinary history, even to this day.

A traditional chef’s uniform consists of a chef’s coat, pants, non-slip clogs, and a chef’s hat (toque).  There are 100 folds in a chef’s hat, and can you guess what each of those folds stands for?  That’s right!  Each fold represents a different way to cook an egg.  No matter the height of the toque, they all should have the 100 folds.  The height of each hat represents where one ranks in the kitchen hierarchy, which is why the Chef de Cuisine has the tallest hat.  Many people ask why the chef’s coat and toque are traditionally white when a kitchen can be a messy place… and that is exactly why.  The white shows cleanliness, which is quite important in a kitchen!  The chef’s uniform was first set forth by Marie-Antoine Careme, who lived in Paris from her birth in 1784 until her death in 1833.  She is buried in the Montmartre Cemetery in Paris, France and is considered by some to be the world’s first celebrity chef.

In 1903, Auguste Escoffier wrote the essential book for French cooking, Guide Culinaire, and outlined 143 ways to cook eggs.  They can be cooked on their own, added to souffles, tarts, cakes, sauces, mayonnaise (which was the invention of the chef of Duke de Richelieu in 1756), and many other applications.  Escoffier is credited with many things in the culinary world, not just his vast list of egg dishes.  Many of the terms used in a kitchen were coined by Escoffier.  His stint as an army cook in the Franco-Prussian war in 1870 showed him how groups can be organized into a hierarchy that works well in kitchens.  Terms like Chef de Cuisine, Sous-chef, and Saucier were pioneered by Escoffier and are still used in many kitchens today.

You may be asking yourself, “How can an egg be a test of skill?”  In many kitchens, when a chef is interviewing for a job, those interviewing him or her have them make an omelette.  Not the kind you can run to Denny’s for, but a threefold traditional omelette.  The folds have to be correct, the consistency and doneness of the egg, and the presentation all have to meet certain criteria.  If the prospective chef does not make the omelette correctly, there will not be a job offer.

Note: You will need a double boiler or two pans, one of which sits inside the other.  Brioche are small French buns.  No brioche?  Serve over toast.

Cut a thin slice of garlic to expose the flesh; discard the slice.  Add the garlic clove to the pan with butter.  Once the butter is melted, pour in the lightly beaten eggs (which need to be at room temperature so they don’t curdle).  Very slowly, stir the eggs with a wooden spoon over the barest of heat.

Be careful that the eggs don’t clump.  Your finished product will resemble a very soft custard.  When the eggs are nearly set, about the 15-20 minute mark, remove the pan from the heat.  Discard the garlic.  Sprinkle the eggs with 2 tablespoons (finely diced) butter, the cream and chives.  Salt and pepper to taste.

Cut off the top of the brioche and scoop out the center.  Gently whisk the ingredients to incorporate them.  The eggs should be set in creamy curds.  Scoop them into the brioche case.  Top with lid and serve.

Variation: You can add ½ ounce of foie gras and ¼ ounce of truffles to the end of the cooking process instead of the chives.  Place the eggs in the brioche and add a generous shaving of truffles.  Escoffier called this version “Scrambled Eggs a la Bohemienne.”