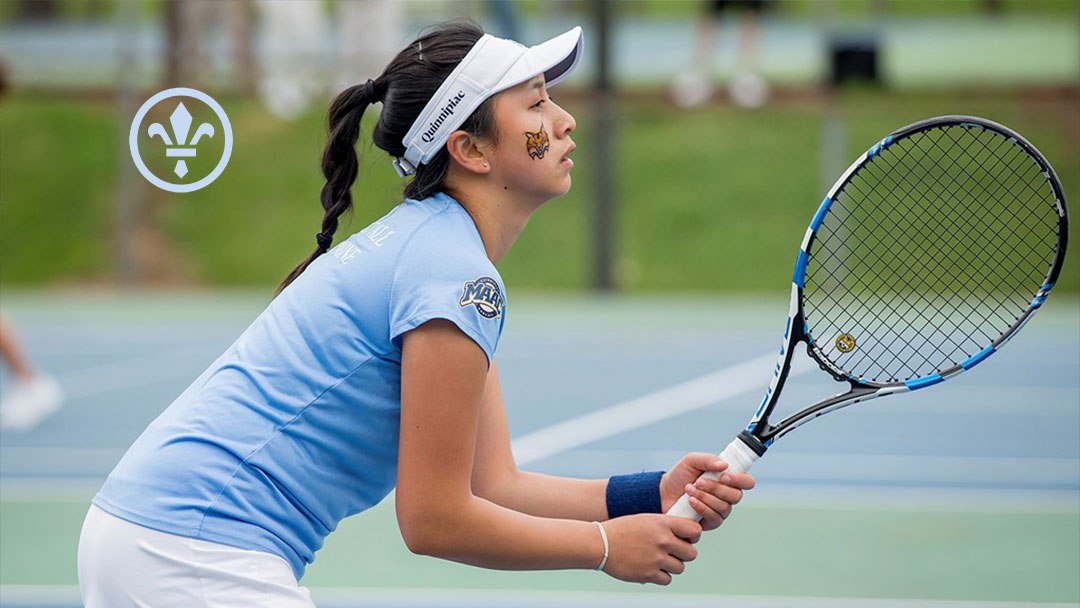 I am a native southern California girl who became a part of the southern California tennis community. As a kid and adolescent, I enjoyed playing in the heat, loved the large tennis community, and welcomed the tough competitors. Throughout my childhood, I was firmly set on staying in California for college. However, that mindset changed during my senior year of high school. College and university coaches from all over the United States began reaching out to me to be on their tennis teams. One school on the east coast perked my interest – Quinnipiac University. By the end of my first semester of senior year, I was committed to attend Quinnipiac University. The coach, academics, campus, tennis team, and tennis courts at Quinnipiac lured me away from my beloved sunny, warm home state.

For one, I did not know any tennis players on the east coast besides my college team. Back in southern California, I saw and interacted with many familiar names and faces in the USTA circuits. It was a sense of comfort when I knew someone in tournaments. Even if I barely knew the players or if they barely knew me, it was the slight recognition and head nods and waves that gave me a sense of belonging. However, that sense of comfort and belongingness were gone when I went to the east coast. Somehow everyone looked more intimidating. There were new names and faces I had to familiarize myself with. I had to recreate my own sense of comfort with a new team and new set of competitors.

Two, the cloud of pressure on me. As an incoming freshman entering an undefeated conference team, I was committed to be a valuable player on the team and to continue to uphold the championship title. I wanted to be in the starting line-up and wanted to prove myself that I belonged there. Instead of representing myself and high school team, I was representing the coach, the university, a Division I tennis team, and the team’s undefeated record. I had to adjust to a new tightly packed thunderous cloud that loomed over me.

Three, indoor tennis was a whole new experience. Once the weather became colder and the snow was near, we moved to play indoor courts. Honestly, at first, I did not notice a big difference between indoor and outdoor tennis. All I thought was the courts are closer together, there is a ceiling, and the entire place echoes. However, it was way more than that. The game itself felt different – it was like a completely new sport. Constant adjustments had to be made due to speed, space, temperature, court surface, pressure, and energy. All the pressure and energy from each player on court cooked inside. It felt like a ticking time bomb. We were all waiting and watching – who will win the point, who will win the doubles point, who will clinch the match? The tense points always had an aura of quiet stillness. Everyone was holding their breath – quiet and focused. Then the loud eruption of cheers from teammates and audience members will explode and bounce all around. Overall, my experience with indoor tennis was frustrating, challenging, and memorable.

As of now, I have said goodbye to east coast tennis. It will forever hold in a significant spot in my heart. I continue to revisit my memories and cherish the experiences I had. It is time for me to go back to my roots – southern California. It has been a long four years, but I am back. I am ready to create new opportunities, have more experiences, make connections, and grow.