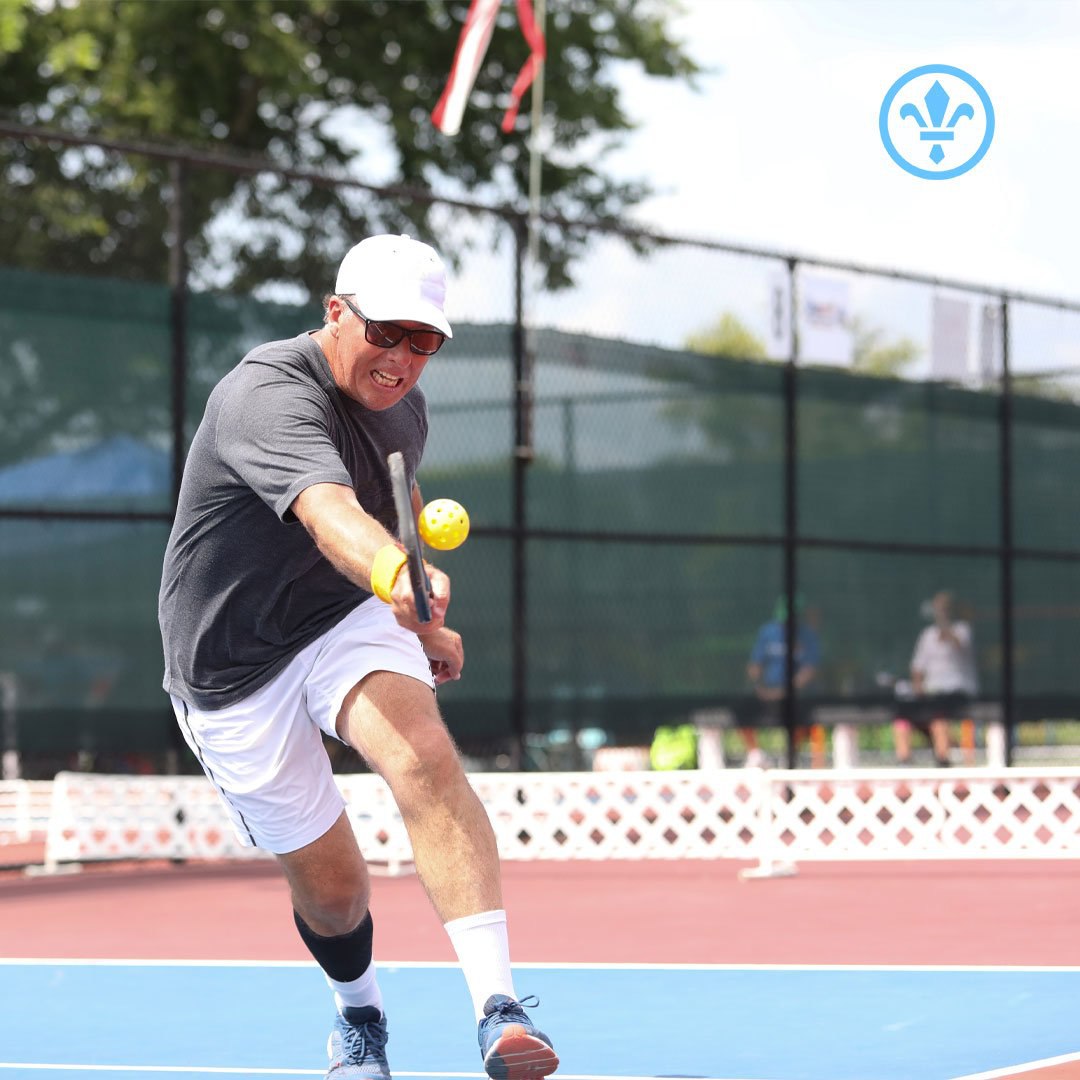 For most avid tennis players, Pickleball is not hard to learn.

​For tennis players wanting to transition to Pickleball-- or those just looking to introduce themselves to the sport-- here are some of the biggest differences when jumping courts.

First and foremost, the change in equipment is obvious.

Rackets are swapped for paddles, and tennis balls that bounce long and high are replaced by plastic balls that drop like a dead weight and never sit up. So while on the surface the game may appear a miniature version of tennis, the analogies end with a court and net.

Pickleball scoring is vastly different, with games played to 11. There is no such thing as a double fault. Serving is underhand-- and placement supersedes power. If doubles is your thing, both partners will serve before the opposing team ever sees the ball-- and points are earned only on the serve.

There are also collateral benefits with Pickleball.

Given the smaller court-- roughly 1/4 the size of its tennis step-parent-- the game is far easier on the knees. 95% of the points are won at the net, eliminating long, arduous groundstroke rallies. But don't get too comfortable in the forecourt. Players are not permitted to hit the ball out of the air while standing in front of the No Volley Zone-- aka "The Kitchen." 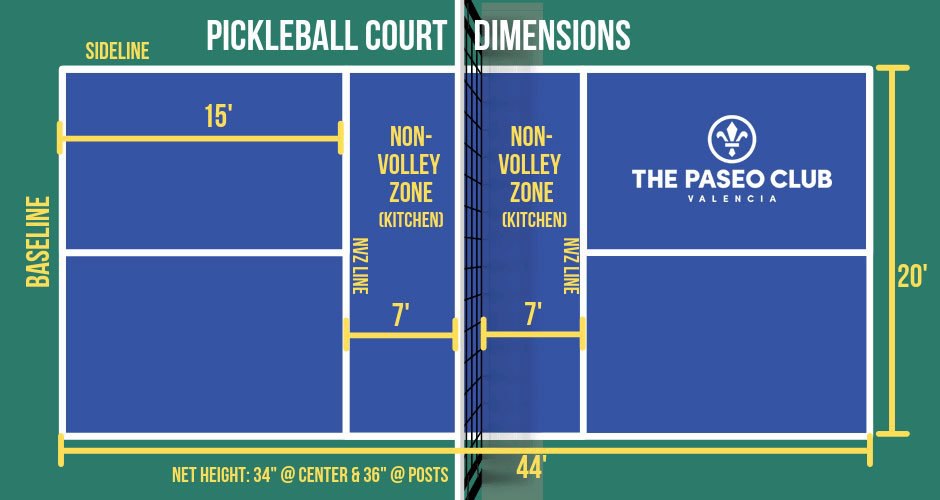 The result is a recipe of power and finesse. A game of rapid-fire pace with wild swings in tempo-- even at the novice level. And unlike the hush-hush culture of tennis, don't be surprised to wander onto a Pickleball court blasting Beyonce's latest or the week's Top 40. Music during play is commonplace-- and an upbeat change.

The Paseo Club in Valencia, CA features 4 Pickleball courts. Clinics and Leagues are forming-- or drop in for an introduction to the fastest growing sport in the U.S.

All you need is a paddle and a ball that doesn't bounce.