Are you ready to play pickleball?

Are you ready for pickleball? 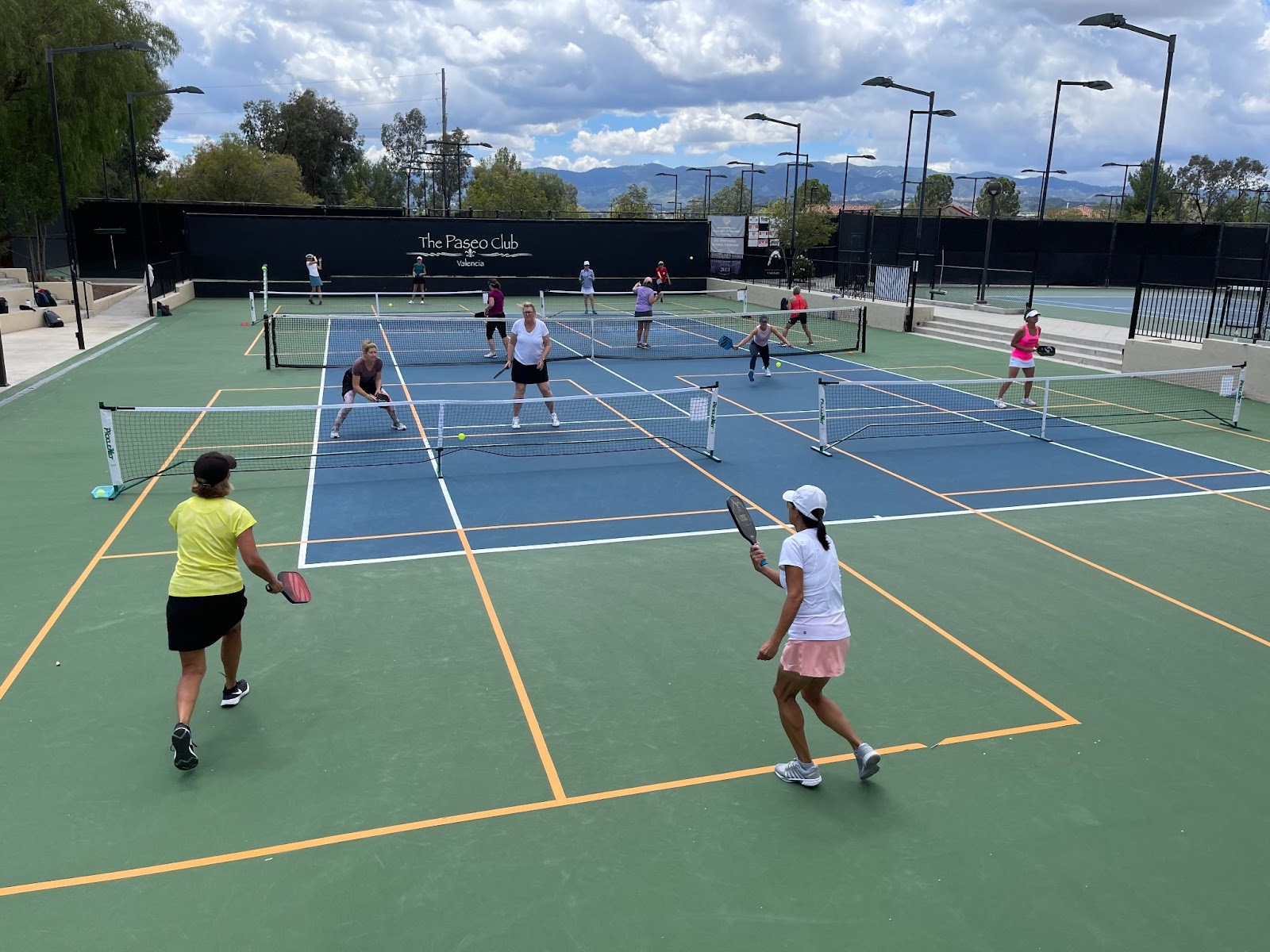 Pickleball has spread across the country like wildfire in the last few years, though from its humble beginnings in Washington, it’s taken some time to really blossom.  Now that the growth has reached new heights, and it’s become a widely recognized complementary sport to tennis clubs across the nation, is it time you grabbed a paddle and checked it out?  Read on to see why this sport has caught our attention and why it might be time for you to hop on the pickleball bandwagon.

At its origins, pickleball was created in the 1960s by a couple of families looking to beat some boredom outside with a badminton court, a Wiffle ball, and some ping pong paddles.  The game has not evolved much at its core, combining parts of tennis, badminton, volleyball, and ping pong.  Players play singles or doubles on a 20 x 44 court, normally scoring the first player/team to reach 11 in each game.  Servers and serving teams are the only ones who can win a point, and a game can take 20-30 minutes each.  Believed to be more social than tennis, drop-in games are popular, where levels can mix and play together.

Pickleball in the pandemic

Though it was already growing in popularity, the pandemic helped to accelerate the spread of the sport.  The ability to be socially distanced while playing but still be socially connected was a huge draw.  That coupled with the ease of learning the game helped to grow the sport even more so than the gains that tennis saw in 2020 and 2021 were noteworthy.

At the Paseo Club, pickleball started with small steps.  A couple of long-time members tried it out on vacation and begged to repurpose a back corner of the club so they could share it with more friends.  One court became four with a tennis court given up to allow for more space and give Paseo Club its first pickleball league in 2019.  Fast forward through a pandemic, and Paseo Club now has 11 pickleball courts and about 200 dedicated players from all levels.

Recent studies have suggested that despite the original thoughts of pickleball being a game for old people only, today’s players span all ages and continue to grow.  The Sports & Fitness Industry Association’s 2022 Pickleball Report surveyed 18,000 Americans on their participation in 100 sports and activities.  Results of that report indicated only about 17% of active players are in the 65+ range, while a third of the players are now under 25. 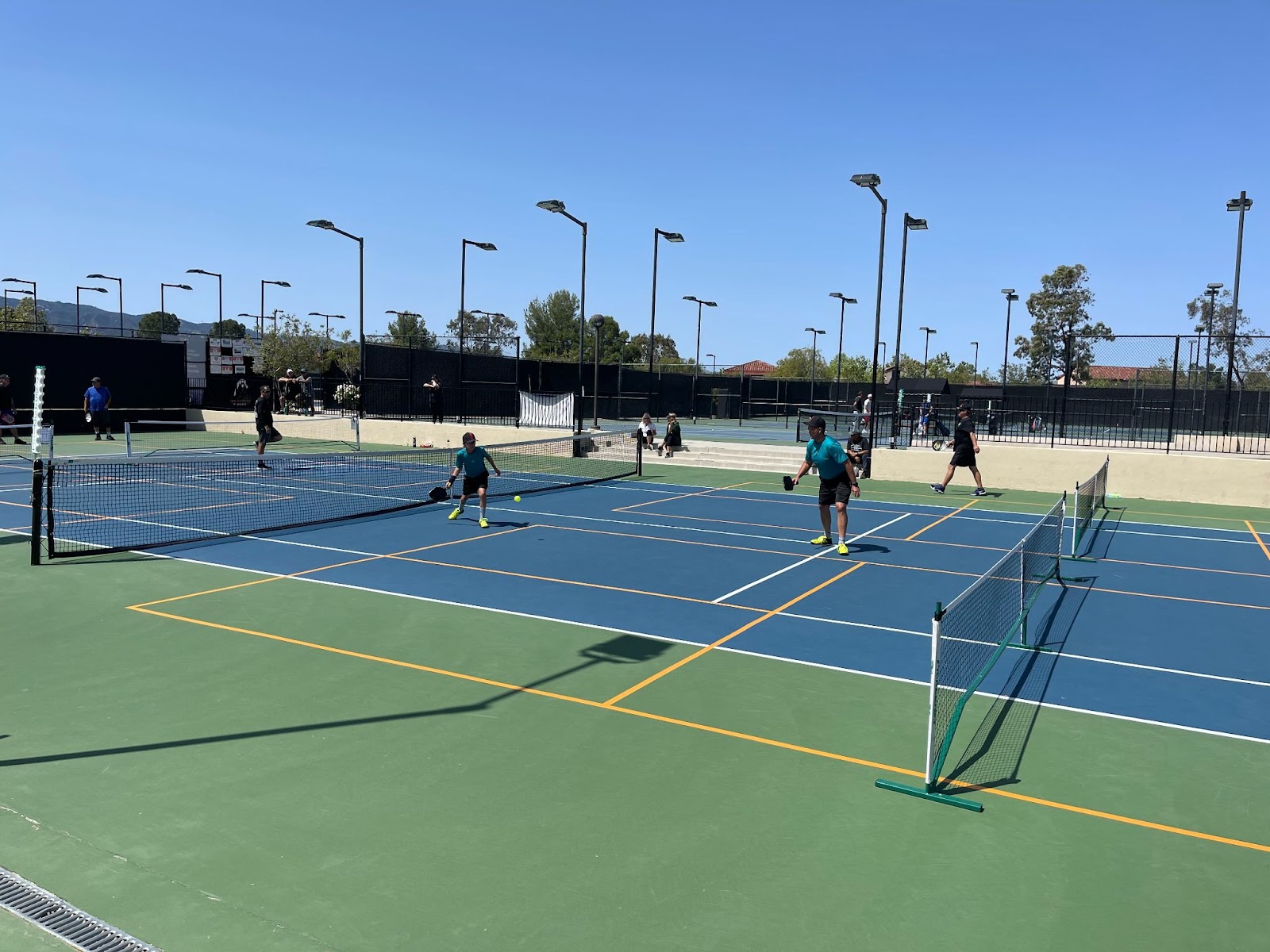 Pickleball comes from small beginnings, starting in Washington state in the late 1960s as a way for a couple of families to fend off summer boredom.  They had a few pieces of equipment on hand - ping pong paddles, a Wiffle ball, and a badminton court.  Legend suggests that the name came from Pickles, one of the family dogs.

The court size hasn’t varied, which helps as the sport grows, as a tennis court can fit 2-4 pickleball courts inside with the help of some hybrid lines, often coming with painter's tape before getting a permanent home.  The front space of the court, called the NVZ or “kitchen” is the only space players cannot remain, nor can they hit the ball with any part of their feet breaking the space unless the ball is bouncing first. 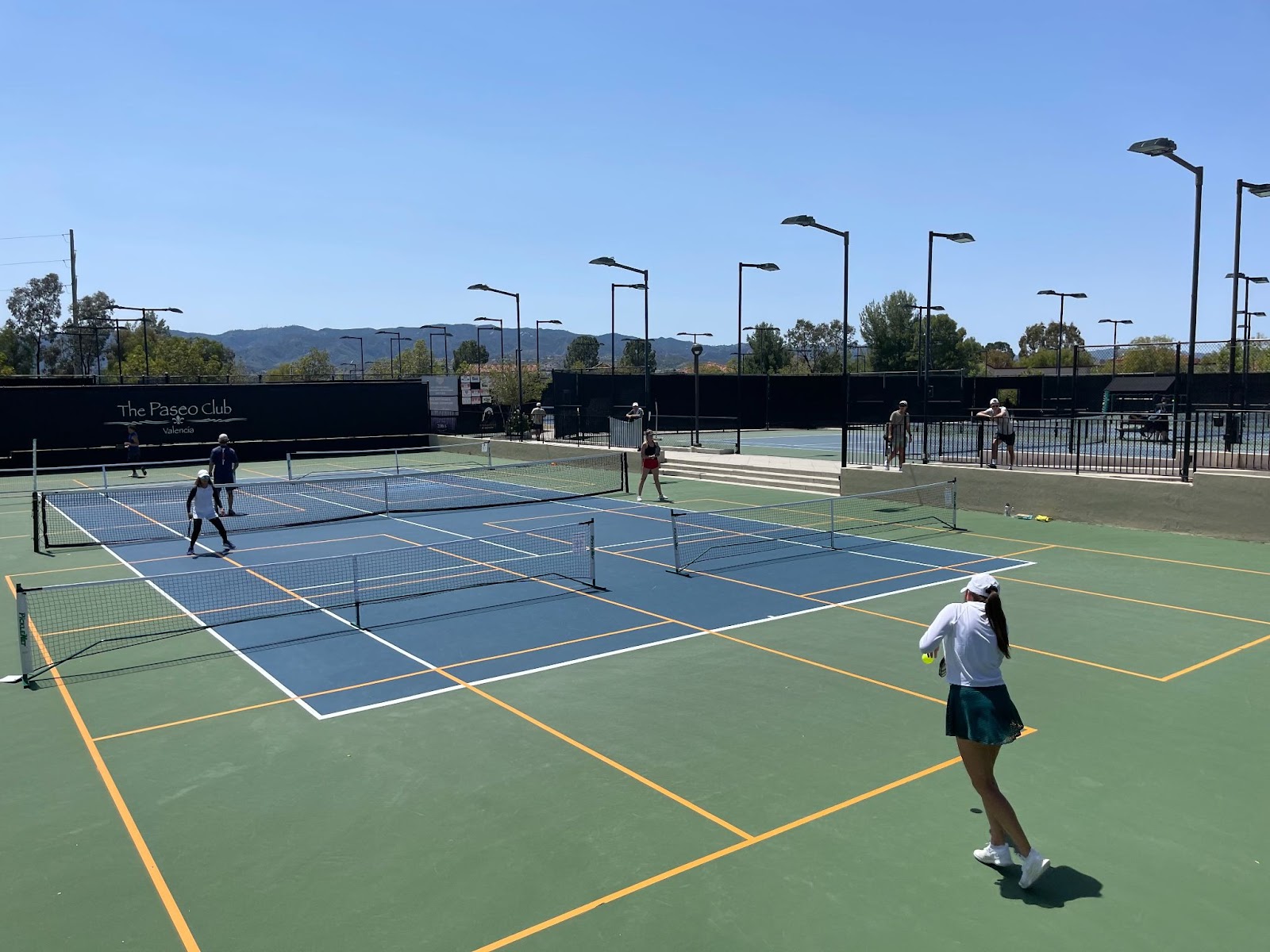 In the last few years, during the explosion of new players coming to pickleball, the styles of play have grown.  The tennis players wanting to drive the ball are being met with ping pong players who understand more angles, and both are combating new players who have learned the power of the dink - a short, often bouncing ball that requires a great deal of patience to contend with.

The game itself has evolved much since those first games on Bainbridge Island.  With new manufacturers getting involved with paddles and balls, along with the growth of professional play, pickleball continues to gain in popularity across the nation.  Companies like Selkirk and Joola are getting their names out with pros across the board, while tennis companies like Head PENN are working on both paddles and balls, and all are being updated and released at lightning speed. 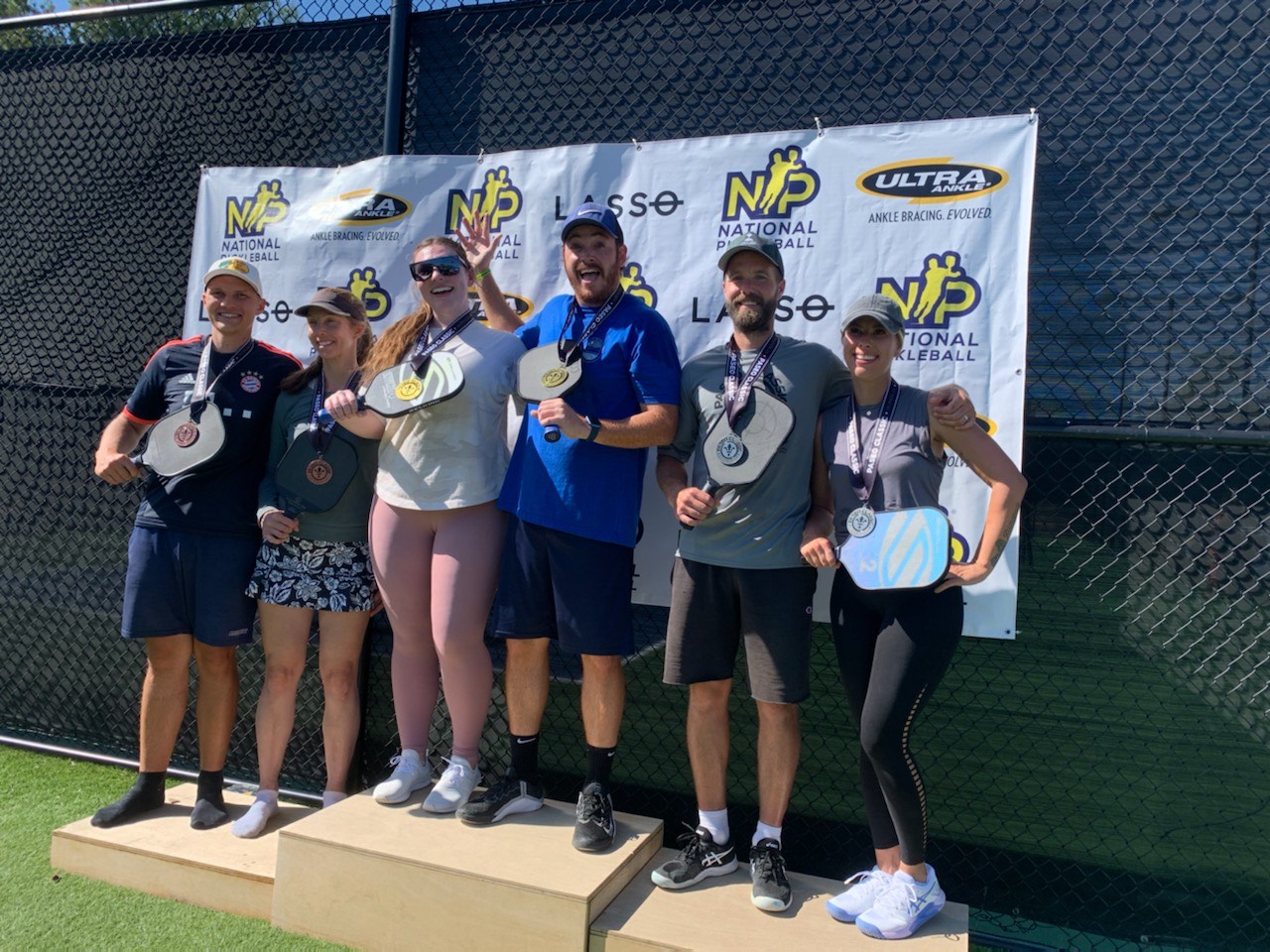 At places like Paseo Club, playing pickleball is easy - there are beginner programs offered, leading into drill classes, leagues, socials, and drop-in play every week.  Should you be a recreational player participating in the sport, it might take a little longer to get your bearings, though most who play are social and friendly during drop-in interaction, and you can learn a lot just by watching others at play. 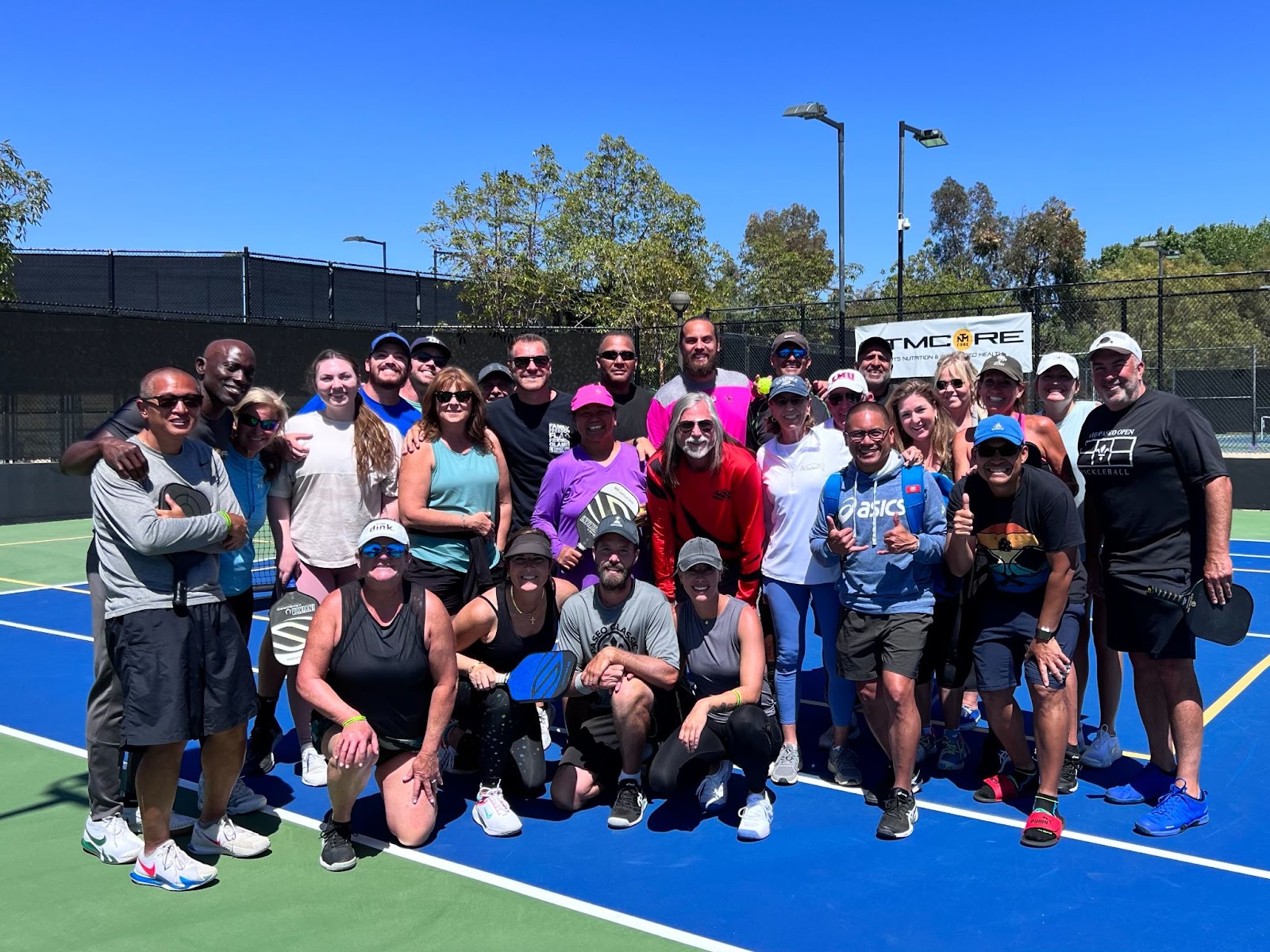 Using sites like pickleballtournaments.com, you can sign up for events across the country almost every weekend, ranging from small round robins to National Qualifier events and regional tournaments that require ranking points to enter.

Social media also works to help aid everyone in playing.  Many communities have Facebook pages set up to help newcomers learn all about the area and the pickleball opportunities there.  In Santa Clarita, the Santa Clarita Valley Pickleball page is a group centered on positive messaging and encouraging players of all levels to participate.

If you are interested in learning more about pickleball at the Paseo Club, reach out to the team at membership@thepaseoclub.com to take a tour and see all that the club has to offer.