The Non-Dominant Hand's Role In Tennis 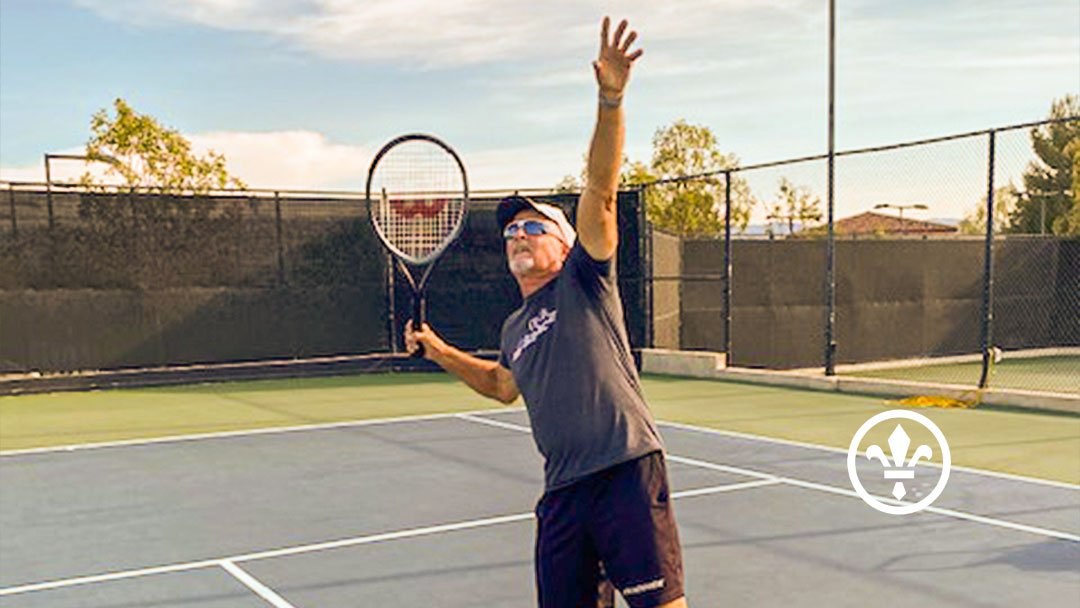 The usage of the non dominant arm in tennis is an important component of the execution of quality strokes achieving balance, power and control.

Beginners, weekend worriers and even some advanced players are not always equipped with the know-how and the end result is compromised proper technique. This flawed bio mechanics will increase the number of unforced errors, rob your power and may even result in injury. The sooner you learn the task of the non dominant hand the faster your game will thrive. Your stroke will become more efficient, effortless, aesthetic, enjoyable and keep you injury free.

Here is a short guide or “manual” if you wish, of the “non dominant hand’s” role, hopefully it will sharpen your awareness as well.

If you are a one handed (backhand) player your non dominant hand will support the racket on it’s throat, a two handed backhand player should be holding the racket with both hands on the grip. The extra hand on the racket will help you to keep the racket out in front and ready for quick reaction.

As you transition from ready position to a forehand the non dominant hand has multiple tasks.

First while holding on to the racket the body will turn sideways creating a “unit turn”. Once the body is sideways to the net the racket will continue it’s path back (back swing) and the non-dominant arm will turn into a “majoring tape”, if you will, and point forward tracking the ball. As the racket is plowing through the ball the left arm (right handed) is an integral part of the hip and the shoulder rotation. Once the racket has completed it’s follow through it will come to rest in the non-dominant hand over the left shoulder. This will ensure an identical completion of the follow through each time, in other words-  developing structure. It is quite common at recreational level to have the non-dominant arm dangling next to the body causing “arming the ball”,  restricting shoulder and hip rotation.

The one handed backhand is probably the most aesthetic shot in tennis. Back in the day there were two pics side by side in sports illustrated magazine. One photo was of Johnny Mac performing a backhand and next to him was a picture of Baryshnikov the dancer with a similar ballet move. Needless to say they both looked flawless. To make the backhand this beautiful and efficient as well the non dominant arm has the “elegance element”. There are three components to the backhand, preparation, forward swing (plowing through the ball)  and the follow through. Support the racket by the throat as you perform a unit turn, as you begin to plow through the ball pull your left arm back (rt handed) to ensure keeping the body sideways and preventing over rotation. If you feel that your shoulder blades touch each other you are doing the right thing.

The non dominant hand for this backhand remains on the grip from the beginning to the end of the swing, it is actually performing a forehand and helping with the rotation of the hips and the shoulders.

The serve and the overhead have very similar roles for the non-dominant arm. Pointing up at the ball is the common task, the only difference is the ball toss on the serve. The sequence is quite the same, racket makes contact with the ball, left arm (rt handed) comes to rest on your tummy and the dominant hand will crisscross and finish on the opposite hip. It is common even among some advanced players to “yank” the non dominant arm backwards while following through, it usually causes over rotating and hitting wide serves or overheads.

The non-dominant arm also plays a significant role in the execution of the volley. On the forehand volley, turn sideways, separate your hands and point your left hand sideways in a 45 degree  (rt handed) , make sure the racket is still out in front so you can see the back of the strings, proceed with the volley.  Quite similar with the backhand volley, turn while racket remains in front, hold on with the left hand (rt handed). The left hand will act like a sling when letting go of the racket producing a short and yet powerful jab.

I hope this was helpful, at your service!